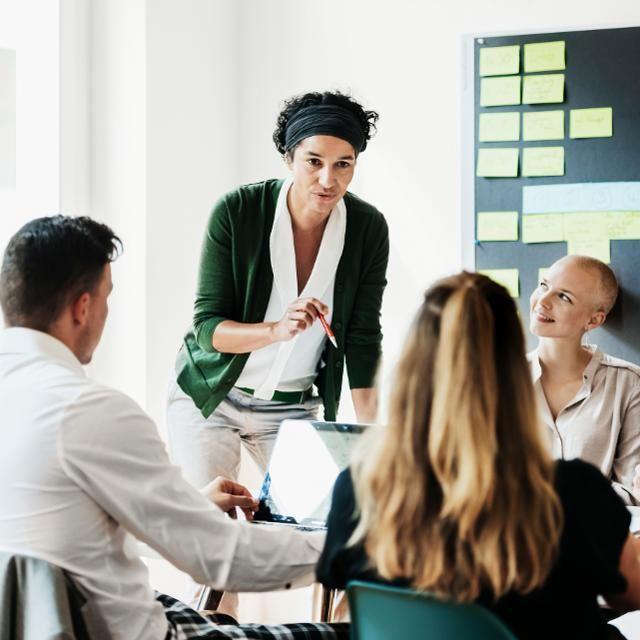 “Leading Through Uncertainty With Clear Expectations”

Uncertainty is a major challenge for any leader or manager, as it results in confusion or distracts people from the mission. But the show must go on, no matter what. You cannot let unwanted surprises or obstacles significantly slow you down.

It’s not an easy task, but it can be done. The good news is that resources are available. The following are my observations from businesses and executives that have successfully employed lessons from the military — an industry that centers on overcoming uncertainty to accomplish its given missions.

It’s that simple. I don’t mean write a book or a standard operating procedure, but rather, a simple document that clearly and succinctly states your expectations as a leader, along with the “what” and the “why” of your assigned task or mission. Just don’t include the “how.” You’ll see why.

The first step is to write your “commander’s intent.” This is a simple paragraph or two that a commanding general may spend days or weeks developing prior to a battle or campaign. It is designed to help guide subordinate leaders during the chaos of battle by clarifying what is expected of them during their missions. This general direction becomes critical when leaders become distracted, confused or just mentally overloaded due to the confusion and terror of battle.

The commander’s intent can work for you whether you are a small team or a larger business unit. Write a paragraph or two that describes what success should look like with respect to customer satisfaction, improved efficiencies and lessons learned. But do not tell people how to go about executing it. Follow General Patton’s sage advice: “Don’t tell people how to do things, tell them what to do and let them surprise you with their results.” Make it clear that you expect them to act without your direct approval or prodding.

Make sure they all align with your organization’s corporate strategy.

Take the example of Conor, a construction executive at an Engineering News-Record Top 400 company, who published a two-and-half page expectations document for his office. Following his two-paragraph intent, he reduced his team’s responsibilities to three essential areas: people development, operational excellence and branding. Each key metric was then reduced to three to four essential tasks.

Managers and non-managers alike, whether in the trenches or at headquarters, understand what is expected of them. Most importantly, they acknowledge that they have the freedom to act on the ground, with the customer, subcontractors and designers, without Conor’s direct input or permission.

His two-and-half page document is a major reason why Conor has one of the highest engagement scores in the entire organization.

What You Need To Avoid The Inevitable Challenges

Writing an expectations document takes practice. What is essential and what is not? Can I trust my people to act alone, without my supervision? Here some points to help you avoid pitfalls.

1. Simplicity, always: Nietzsche said that there are some people who “muddy their waters to make them look deep.” Do not be one of them. Multisyllabic vocabulary or puff words like “synergy” or whatever the buzzword of the moment will only confuse people as to what you mean.

Speak and write simple terms, not because people are dumb or incapable of understanding, but because it’s important to avoid uncertainty, which could result in analysis paralysis. This unnecessarily clutters decision-making and ultimately slows team momentum forward. Your goal should be to ensure that subordinates can recall what is expected of them when uncertainty seeps in. Plus, keep in mind for yourself and your reputation that simplicity on your part signals to everyone else that you know what you are talking about.

It has been said that humans can keep no more than seven to nine distinct ideas at one time before mentally overloading. Maybe that is one reason why I have observed over the years that the most successful leaders and managers are those who consistently reduce topics and ideas into three or four elements only. Whether consciously or unconsciously composed that way, the result was that they minimized their chances of being misunderstood while increasing the odds of their points being understood and remembered.

2. Holistic education: Although leadership is people-centric, you must incorporate the other pillar of leadership, the mission, which the military does so well.

Do not let the development of your people be exclusive to communication, self-reflection or emotional intelligence. This is often the case with so many leadership programs today. Broaden your supervisors’ and managers’ education by incorporating management skills too. For instance, help them effectively plan projects, including developing and writing plans that must be executed in their absence. Educate them on how to think strategically, to connect their actions and tasks to the larger picture. Only until people realize that they are part of a larger team can they independently help drive strategy from the ground up, as is the goal of any commander’s intent.

3. Behaviors: This factor, an untapped resource, will affect how you write your expectations document as well as how your people respond to it. Some people are not comfortable with delegating, for example, because they feel they lose control of quality. Sometimes they unwittingly hamper their subordinate’s initiative and ingenuity by taking full ownership over “how” to accomplish tasks. Other people are too comfortable in times of uncertainty, and if they are not careful, they will provide too broad of guidance, expecting others to know what they intend. This lack of specifics can invite the very uncertainty that is trying to be mitigated.

Conditions on the ground inevitably change, be it with customer attitudes, internal team dynamics or hiccups in the overall economy. This is natural and to be expected. Provide guidance that grants your people “freedom of action” to utilize their best judgment, to discover and capitalize on the best course of action available.