I like to relax when I can. By relax, I mean I play some wargames online on the weekends, temporarily and unnecessarily raising my blood pressure. The game of choice is Steel Division 2, an intense, real-time strategy game based on the Eastern Front in World War 2 (Russians versus Germans). Often teams play multiplayer mode, where ten players begin on the north and the other ten on the south. As a side note: the game is so well researched that it could easily augment a history course on WW2 because of its detail. 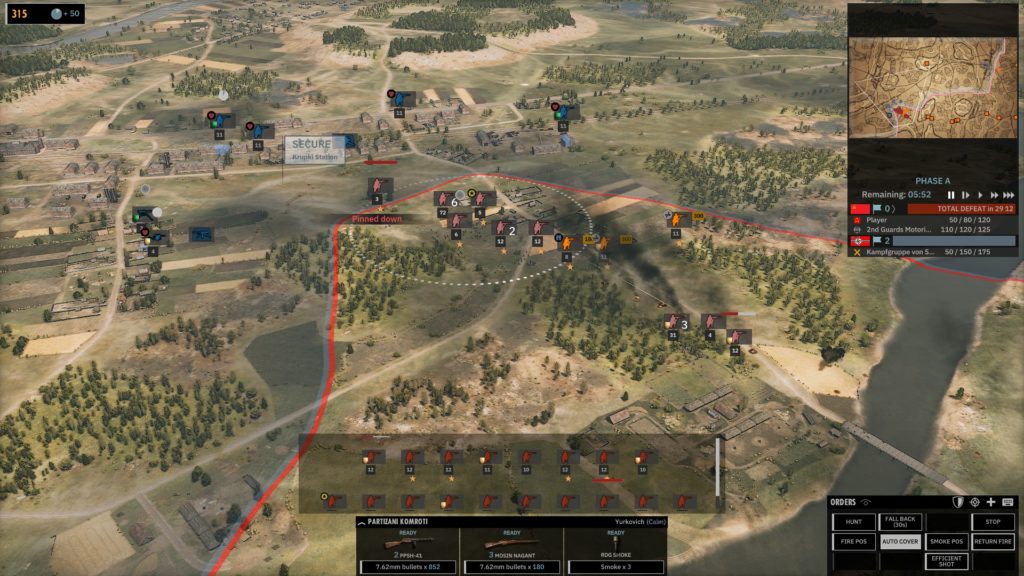 Here are some general observations about strategy when playing SD2:

1. Anticipate an emergent strategy. There is never a perfectly planned strategy! Your competition will do things which you won’t expect, and often your teammates may behave in a way that is unpredictable. Instead of creating a perfect strategy, begin with the basics by identifying your lanes. We all signal our specific areas via “flares” on the general map and agree to work in them. Good teams make sure no large areas are left open. Once the game starts, expect an incremental approach to deciding where the team will be going and what objectives are available.

2. Success requires that everyone communicates and supports one another. No matter the expertise of the opposing forces, if you openly support the people on your left and right flanks, the chances are great that you will create opportunities to exploit. This cross-communication can also prevent strategic catastrophes when the enemy decides to pile on you specifically.

3. Special technologies can boost teamwork or quickly lead to fragmentation. Some people play together as a “clan,” directly talking to one another via headsets. This is very helpful as the communication is directly and timely. If people know how to properly communicate via radio, then the teamwork is greatly boosted. Sometimes, however, this special technology becomes a detriment. In fact, little cliques within the larger team form, resulting in isolation. These players often ignore other players who might desperately need support.

4. Psychology affects strategy and performance. Just as in sports, the mere appearance of facing a potential expert opponent, or at least someone very good at the game, can influence their strategy. As a result, newer or more timid players will become defensive in nature. Performance is affected too. Equipment and resource allocation may be so defensive, such as overabundance of anti-tank guns and artillery in static positions, reduces their ability to quickly and swiftly exploit potential holes in the opponent’s line.

5. The best teams are flexible and nimble. Team will likely have a general strategy at first, but as events unfold, the best players will go where the best opportunities are. This is a major plus if the rest of the team will adapt. This flexibility can also result in self-sabotage. I myself am guilty of it. Several times I’ve been in a major attack only to pause momentum and send needed resources away at what seems like an emergency. Sometimes I think I see an opportunity to exploit. Whatever the reason, the guy working with me in the previous attack are also impacted, affecting the team’s strategic progress.

6. The best teams appropriately select units whose capabilities best reflect 1) the player’s strengths and 2) the environment. Don’t use tank divisions for urban combat don’t attack across big, open fields with infantry. Make sure your units align with how you play. I’m very good with ranged units, such as armor, and will choose those units exclusively. I will change to infantry, or mechanized, if – and only if – I must based on the type of map, i.e. unrestricted terrain such as open fields or restricted terrain, such as thick forests or urban areas.

Here are some tactical tips to support your emergent strategy:

1. Try to engage at the maximum distance with tanks and AT guns! Try to avoid using medium and heavy tanks in restricted terrain, such as forests and cities. The longer the distance, the better your chances of surviving the fight.

2. Use your platoon leaders to increase the effectiveness of your units. I always have many individual leaders available to support my operations, from tank assaults in the open to urban combat in towns and cities.

3. Always mass your firepower, no matter where. Whether its infantry and machine guns to armored vehicles, always try to have your units in a “line,” technically shoulder to shoulder when they fight. This way you can overwhelm your enemy and quickly destroy them. Just make sure to space your units out! Incoming enemy artillery can quickly render your entire line ineffective. 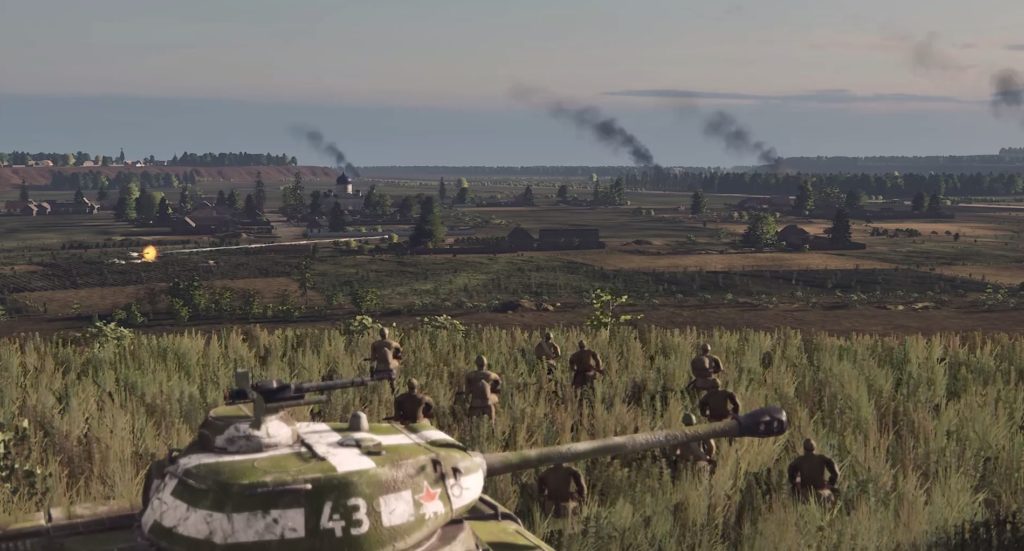 4. Tanks and mechanized units require strong anti-air capabilities. When using the heavy 21st Panzer Division, I always make to have at least two 88s creating a protective corridor over my lane. I rarely deploy King Tigers until this protective umbrella is created.

5. Smoke is an excellent resource in falling back. Make sure to use it or call for it if you are under heavy fire.

6. Communicate to the team! Call out to others if you need support. Send flares our and place messages that simply read, “ARTY HERE PLEASE.”

7. Be aggressive! Once your enemy is pinned down, if practical, have a unit ready to attack forward and capture them.