During the “Trial of the Century,” OJ Simpson’s “dream team” of lawyers showed that mounting a good defense required going on the offense. They quickly put retainers of some of the best legal experts and DNA scientists that could aid their defense. A better reason, arguably more importantly to them, was to deny the prosecution their services. The goal is to seriously hamper the prosecutor’s capabilities in developing their case. This approach is obviously expensive, but it definitely has long-term benefits if successful. For OJ, freedom was worth the price.

This type of indirect strategy is not exclusive to lawyers. Armies attempt to obtain the high ground before the enemy. Businesses use it also. This history of Standard Oil is replete with examples of acquiring suppliers and distributors in order to create significant barriers to entry for competitors. The New York Times “Netflix Signs Shonda Rhimes in Counterpunch to ABC and Disney,” is a new example of this type of “fighting.”

In a huge blow to ABC and Disney, the prolific television hitmaker Shonda Rhimes has signed an exclusive overall deal with Netflix, the streaming giant announced early Monday morning….Ms. Rhimes, the creator of shows like “Grey’s Anatomy,” “Scandal,” and “How To Get Away With Murder” — all hits for ABC — will bring Shondaland over to Netflix in what the streaming service said was a multiyear deal.

Why should an emerging leader care? Strategic leadership, understanding strategy and strategic know-how are some of the most desired traits of leaders. If you want to raise your value as a leader you need to understand this type of strategy. Read Sun Tzu. Or, try this one, Judo Strategy. Both are great reads and you will no doubt see the similarities among business, military, law and politics. This ability will to see commonalities among obviously different things will significantly aid you as you professionally progress. This is especially true as you will be introduced to different business functions with different missions. In short, this ability to detect commonalities will give you an edge as a leader. 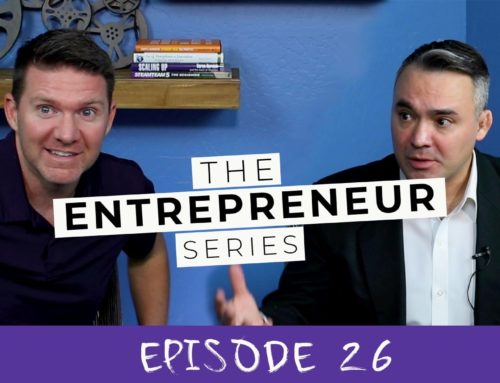 Interview with Fuller Story! An explanation to our Leadership Simulators!